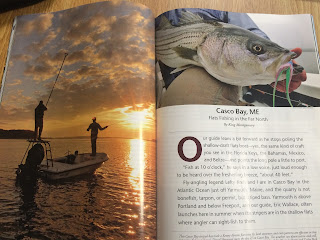 Posted by sfadmin on Friday, January 29, 2016 ·
The results of the Stripers Forever 2015 Annual Fishing Survey are finalized and you will find them below. In 2015 we received 657 responses to our annual survey.  This represents the second year in a row of participation decline, and we believe that it reflects a decreasing interest in the fishery due to a decline in the quality of fishing.  This year’s survey has again produced a good representative sampling of sentiments from fishers all along the striper’s migratory range, and as usual MA and NJ vied for the greatest contributions with 154 and 149 completed surveys respectively.
2015 saw very little change in angler sentiment.  82% of anglers reported catching fewer fish compared to 85% in 2014.  73% said they were catching smaller fish compared to 71% in 2014.   In 2015 84% described the striper fishery as worse or much worse compared to 85% last year.  It seems evident that most of the older, larger fish from the great year classes of the 1990s and early 2000s have been removed from the population, and with the exception of an occasional school at certain peak periods the population is much less abundant now, and comprised mostly of smaller fish from the poor and mediocre year classes that have generally characterized the fishery since 2003.
We asked our members about what they were seeing from the 2011 year class.  The results were that 84% felt that this year class, which ASMFC biologist seem to be counting on, was appearing in the fishery at levels far below those that one would expect.  Only 16% of respondents felt that the 2011 year class was evident at levels expected from such a huge year class.
Answers to questions about the need for a slot limit of smaller-sized stripers, and what percentage of the current commercial quotas should be reallocated to recreational quotas, show that our members continue to believe we should not be harvesting large, breeding stripers, that they want to set aside a high percentage of the current commercial catch for conservation – and not harvest it themselves.  75% of our members said that they are willing to buy a stamp to finance the buyout of the commercial fishery.
We had survey results from 61 guides.  Without a doubt the decline in striper fishing is hurting this valuable industry as well as the related fishing tourism and tackle businesses.  The guides know how to fish their areas, though, and can usually produce the best results possible from their home waters.  If you are thinking about a guided trip please check out the guides and tackle shops listed on the Stripers Forever website.
We will send this information to the press and to fishery policy makers everywhere.  We hope that you will use this information personally to help us advocate for the goal of coast-wide striped bass game fish.  Please share the results with your local fishing club, home town newspaper, and elected officials that you may know.