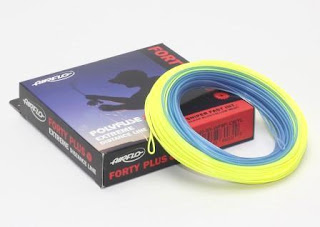 Some of you who fished with me last August or September here in Maine got a chance to cast these new sniper lines from Airflo, I had a few test lines on my skiff and it was simply a home run!!!!

An aggressive short head Striper line.  Airflo took the popular 40+ saltwater series and made it even better.  The new Dual Head taper makes the line perform fantastic at all distances.   It's just that, two heads in one.  The front head has a larger diameter to load the rod for short casts, but the back head retains enough mass and weight for the "Long Bomb" caster.  In short this line is designed to make it easy to cast modest distances without sacrificing the ability to cast to the horizon.  This line will not only get you out there... it will get you out there casting the "Big" stuff. 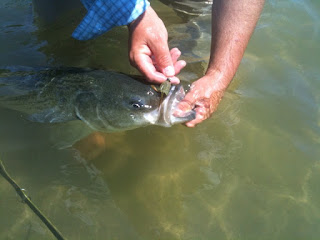 This upcoming Friday evening join us at LL Beans hunt and fish store for a focused talk on Maine Striper Fishing  and fly tying demos. The focus will be on fishing stripers on the flats bring your stories and vise we look forward to seeing around 7 pm at LL Beans hunt fish store.